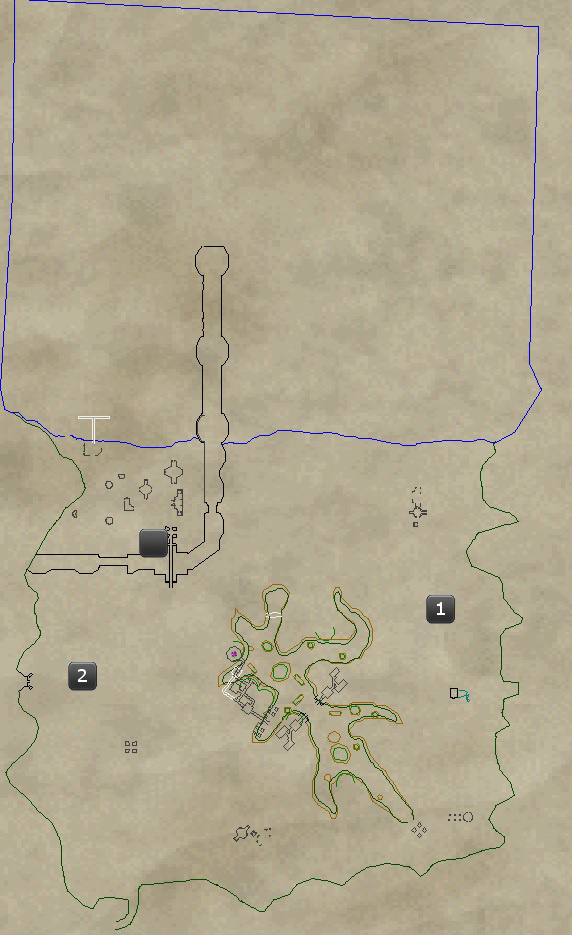 I had a major problem finishing last stage, killing Alchemist Ren`zain; he spawned as per task then ran off with great speed towards big gorge in center of zone before I could tag him. He then disappeared into the gorge and ended up beneath the zone at the south end of the gorge and became un-targetable. I tried resetting the task a couple of times but as he did not seem to de-spawn even after an hour or so, he remained unaccessible making it impossible to complete the task

I just clicked in the Western pool - my first - and no dogs.  I bet they show up at the Eastern pool when I click there.

If you mess up something, you can get Krama to "reset" your step on the task, to go backwards.

This task ends after about 24 hours.  Ended just as I was almost done.  Real life got in the way.

Careful when fighting the Chokidai Watchdogs - they are tethered to their spawn point and will warp if moved more than a short distance.

Just a quick note, the "diseased" critters have that as a subtext under their names. Not in the name, as such not track able as diseased. Sneaky.